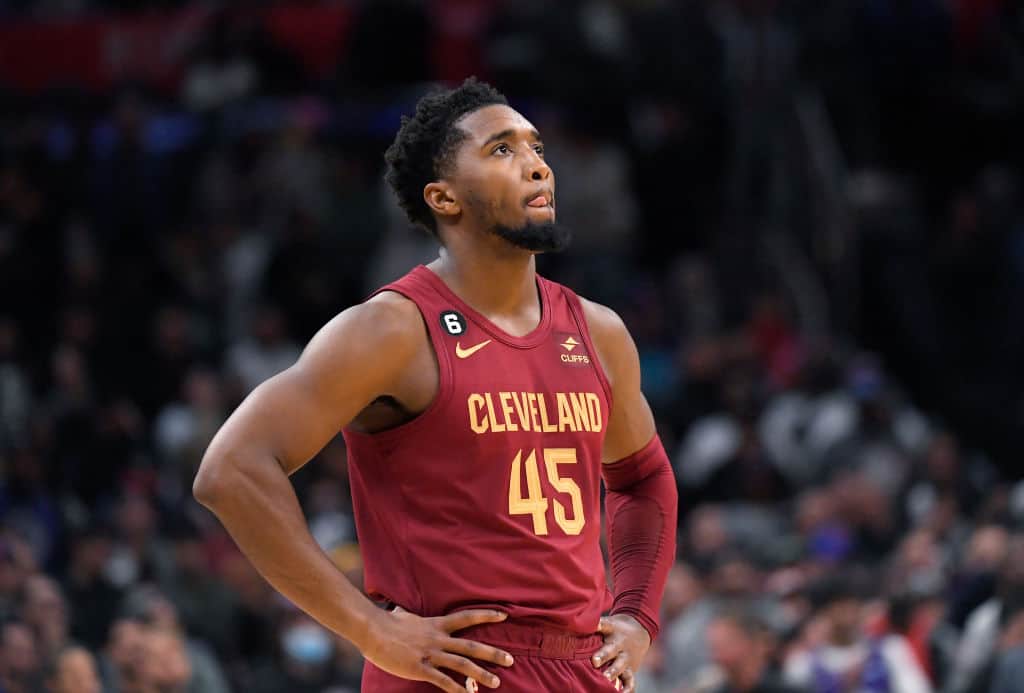 It is obvious that the acquisition of Donovan Mitchell was a great move by the Cleveland Cavaliers.

The team has gotten off to a strong 8-3 record and is currently the 3rd team in the Eastern Conference.

Of course, they were good before Mitchell but the inclusion of him has made the team so much better.

Mitchell has been doing incredible work on the floor for the Cavs but one statistical feat by him just cannot be ignored.

Players with multiple games with 8+ threes this season:

Mitchell is the only player in the entire NBA with multiple games with 8+ three-pointers this season.

He stands on his own with this impressive achievement, which proves just how great a player he is and how offensively dominant he can be.

Mitchell has arrived in Cleveland and has immediately left a mark and shown his abilities and made an impact.

Since joining the team, Mitchell has become Cleveland’s point leader with an average of 31.9 points per game.

He is also putting up 4.2 rebounds and 5.8 assists per match too.

Mitchell has become the central focus of almost every possession and has become even more of a superstar when it comes to finding his guys, making plays, and calling shots.

He’s not on his own, of course, and the rest of the team has stepped up too.

Caris LeVert is better than ever with his 14.1 points, Evan Mobley is averaging 15.3 points and 6.5 rebounds, while Darius Garland is exploding for 16.4 points and 8.4 assists.

Mitchell might be the centerpiece of the team but everyone on the roster is doing better with him at the helm.

While Mitchell is indeed more than just a three-pointer shooter, there is no doubt that watching him get hot from downtown is a total blast.

The Cavaliers Are Racking Up Impressive Stats

The Cavaliers Officially Have A New Hero

The Cavaliers Welcomed Back The King

1 Stud And 1 Dud In Cavs' Win Against Lakers

2 Cavs Players That Need To Step Up With Recent Injuries

Donovan Mitchell Continues To Express His Love For Cleveland

The Cavaliers Face A Big Nemesis On Tuesday

The Cavaliers Are Losing A Fan Favorite Player

1 Stud And 1 Dud From Cavs' Loss Against Knicks

The Cavaliers Look To Have An Easy Friday Night

Grading The Cavs' Performance So Far This Season

2 Areas Of Weakness The Cavs Need To Address

The Cavaliers Pulled Off A Big Win On Wednesday

The Cavaliers Have Good Odds For Wednesday Night